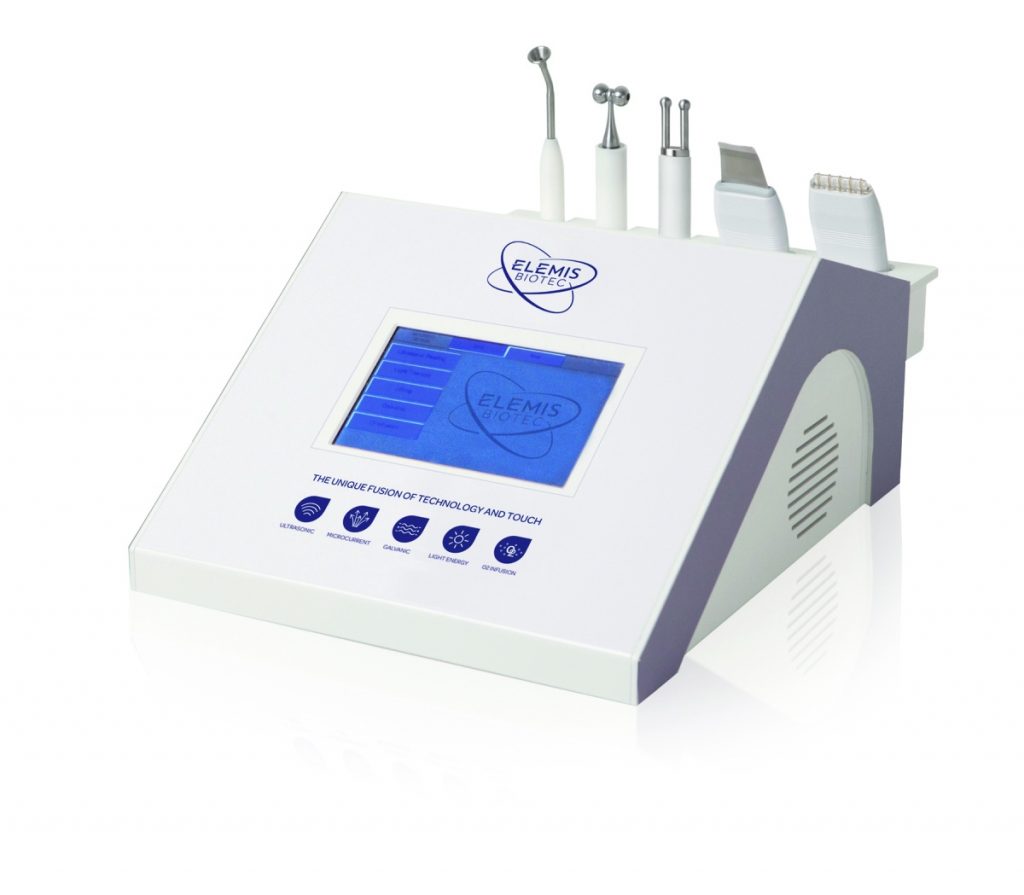 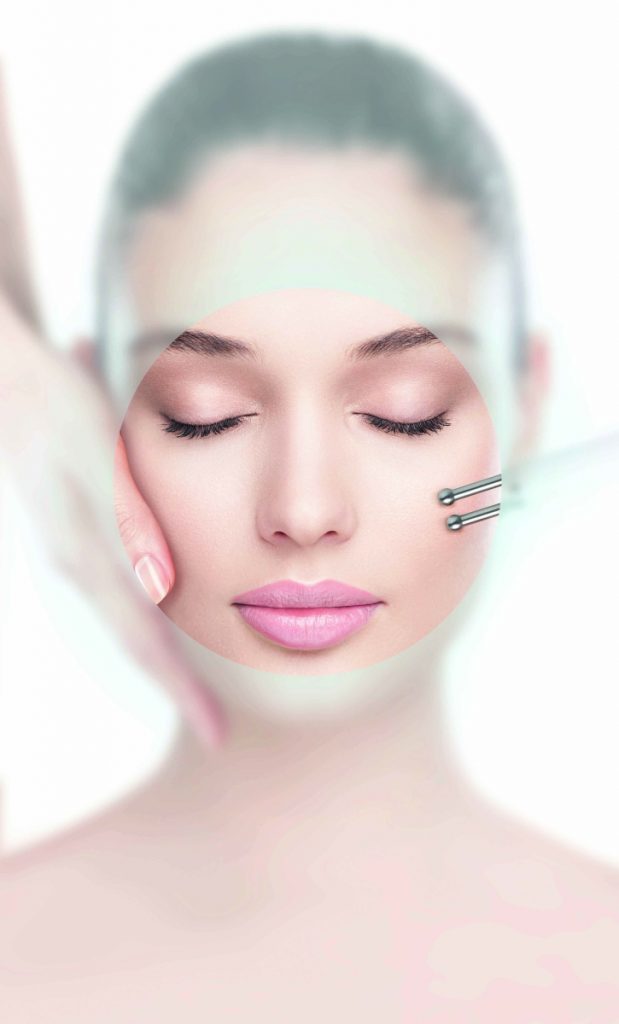 Microcurrent
Microcurrent is the only aesthetic technology that can physically firm and tone the skin, gently re-educating the facial muscles with small pulses of microcurrent. Each pulse mirrors the body’s own natural current, stimulating the skin’s own biological energy. Microcurrent uses a current with an intensity of less than one-millionth of an amp (<1mA) and because of its low intensity, it does not cause a physical or visual contraction of the muscle, instead micro-current stimulation works by a process called muscle re-education which is the process of lengthening or shortening muscles.
When a muscle lengthens or shortens, the skin lifts and firms. Working from the belly of the muscle outward will have a lengthening effect on muscles that have become increasingly contracted from years of making facial expressions. Working a muscle from the origin and insertion point inward will have a shortening effect that is necessary for those muscles that have become elongated over many years of age and gravity.
Benefits
Re-educates and strengthens muscle memory
Promotes and improves the micro-circulation
Increase the production of collagen and elastin
Firms and tightens slackened facial muscles
Significantly improves the facial contours
Dramatic lifting effect on the facial contours
Encourages the healing process, improving scarring, sun-damage, pigmentation and blemishes.

Galvanic
Galvanic is a two-step treatment that works synergistically with positive and negative charged ions to propel similarly charged high potency actives deeper into the skin. Minimising the symptoms of ageing bought on by stress and tiredness – fine lines, dullness, photo-ageing, sensitivity and blemishes.
Step 1 – Combines negatively charged ions and actives, resulting in them repelling one another which in turn forces out impurities and deep cleanses the skin
Step 2 – Both positive and negative ions are applied to the skin to stimulate and redistribute the skin’s natural energy, instantly rejuvenating.
Benefits
Results in the skin appearing completely refreshed and rejuvenated
Rebalances and normalises the skin, preventing any undue redness post treatment
Improves skin clarity and reduce blemishes
Softens the appearance of fine lines
Eliminates a tired, dull looking skin caused by ageing or stress.

Oxygen Infusion
Oxygen therapy uses powerful bursts of compressed air to infuse the skin with a combination of 95% pure oxygen with selected high potency actives. The active ingredients penetrate through the natural space between the epidermal skin cells into the deeper layers of the skin. Concentrated air pressure on skin tissue visibly plumps out lines, increased skin firmness and hydration, when used in conjunction with active skincare ingredients.
Benefits
Visibly plumps and smoothes the appearance of fine lines
Leaves the skin feeling tighter and firmer
Restores elasticity
Stimulates tissue repair and healing
Rebalances the skin
Results in a more radiant, healthy-looking skin.

Light Therapy
Light therapy emits energy in the form of red or blue light into the deeper layers of the skin. Light energy is found in every nerve, cell, gland and muscle of the body and each emits its own unique frequency vibration. The specific lights wavelengths have a bio-stimulatory action on the cells to normalise and rebalance the skin.